Headland is the debut album from Echo System, an electronic duo from the UK consisting of Garry Hughes and Nick Fisher. The two, who are long standing fans of electronic / experimental ambient music, and who are "enthusiastic supporters of a stack of unpredictable, but character filled synthesizers and oddball devices", have been working together for years, and have collaborated on remixing and productions for a diverse range of artists from Europe, Africa and North America, including remixing new recordings by Salif Keta and Effective Force.

They have featured on many notable releases in a playing, programming and production capacity, including records by Bjork, The Shamen, Garbage, Sly and Robbie and Pop Will Eat Itself. They have also worked extensively with producers such as Trevor Horn, Nellee Hooper and Youth.

Having previously released a highly sough after sample CD together via AMG/Time & Space, entitled 'Global Trance Mission', Garry has also produced for Jungle Rhythm and his 'Zanzibar' and 'Viva La Revolution' has appeared on compilations on Six Degrees (USA), and others aside: St. Germain, Banco De Gaia and Loop Guru.
Garry and Nick recorded Headland during 1995. It is a lush electronic sound tapestry that achieves the delicate balance between authenticity and artifice, sounding completely 'real', and synthesized at the same time. With electric techniques, their music evokes the pan global electronic spirit of albums.

Garry Hughes has two impressive solo albums: Sacred Cities and Ancient Evenings, released back in the 80s, and are considered extremely rare. At present he is active as member of Bombay Dub Orchestra. Nick Fisher has previously worked with Nina Hagen.

Echo System have been compared and described as a new and improved version of the mid 70s Tangerine Dream. Garry and Nick describe their music simply as "humanistic", and their Headland is a timeless high spirit creation..! 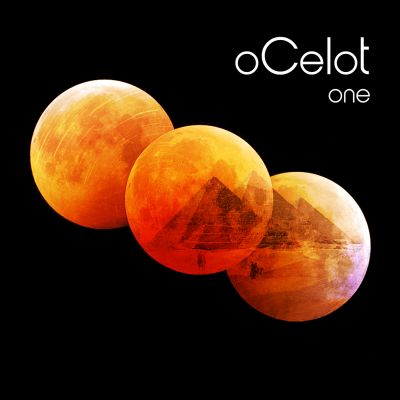